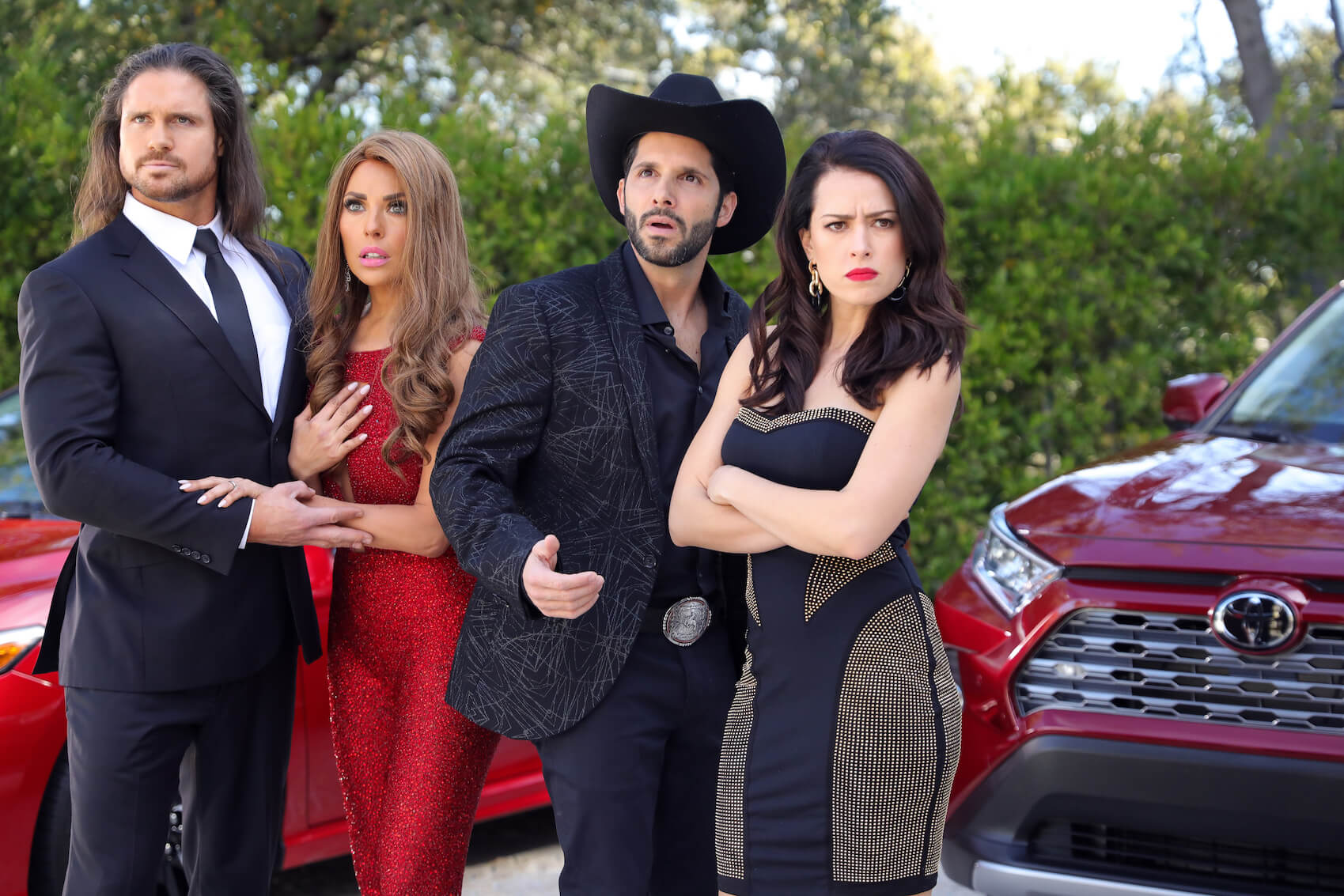 When it comes to storytelling, there’s nothing more Latino than the classic “novela”— a soap-opera-like staple of Spanish language television that entertains millions around the world. In its continuing effort to connect with the Latino market, in 2018 the SoCal TDA created its very own novela, “Las Ruedas del Destino.”

A 30-second TV spot launched a full 360 campaign, with Toyota vehicles as hero, featuring a recurring cast and a continuously developing storyline, all set in motion with a frenetic confession by Frida, the quinceañera at the heart of the drama. Throughout the year, Frida’s story unfolded with unexpected plot twists and dramatic cliffhangers, surrounded by a group of colorful characters, including a menacing mother-in-law with a mole, a romantic cowboy, an amnesiac mother and a gossiping maid.
‍

The result was an attention-grabbing campaign that resonated with our key target and delivered impressive results. Our social campaign alone generated 13,728,955 impressions along with 1,275,337 engagements. An unaided survey found that 90% of the respondents agreed the campaign connects them to their Latino roots, and 89% asked for the story to continue. Brand recall was at 50% and in terms of consideration, a whopping 71% indicated they would now consider buying a Toyota!
‍

So in 2019, the plot thickens. In February, we launched the next installment: Las Ruedas del Destino 2. The same cast—well, almost (like in any real novela, changes happen.) —reprised their roles and will be joined by new cast members. Among them: the internationally renowned actor and singer Fernando Allende. Plus, a rather peculiar character: An outspoken falcon who seems to have the answers that can untangle the twisted plot.

Follow the #lasruedasdeldestino drama all year long on social.