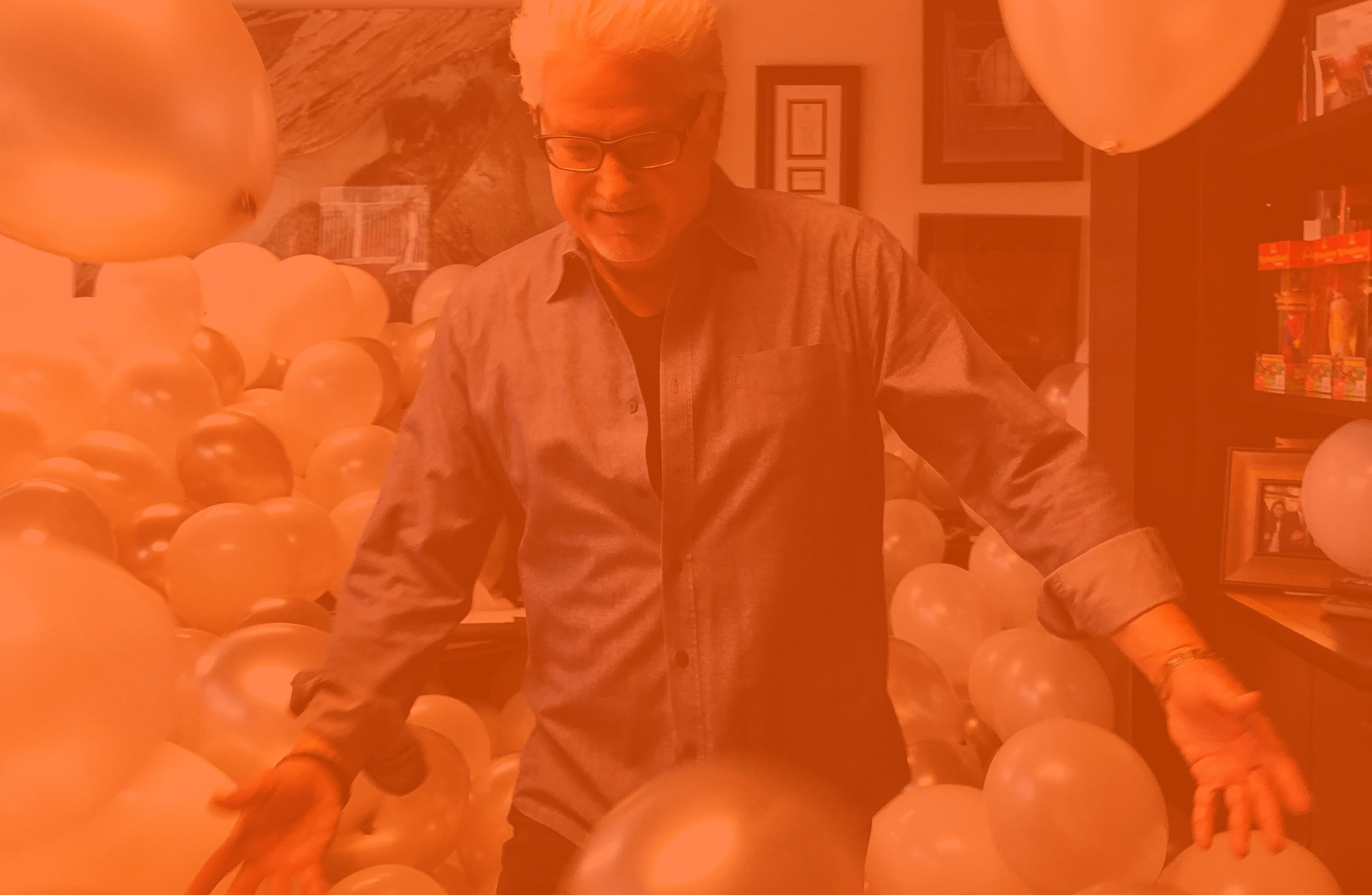 Davis Elen recently celebrated its CEO & Chairman Mark Davis’s 40-year work anniversary with, well, a prank. Overnight, Mark’s office was filled with over 1,500 balloons! The balloons migrated throughout the office as the day progressed, causing delight among staffers as they waded through them.

Davis Elen has been in Mark’s family for 70 years, starting with his grandfather, Henry Mayers, who opened the agency (The Mayers Group) in 1948. Mark started at the company in the mailroom. Along the way, he has worn every conceivable agency “hat.” As a creative thinker, he originated the legendary eggs-in-jail concept for the California Egg Commission.  As a strategist, he helped develop Knott’s Berry Farm’s signature attraction, Camp Snoopy. As account leader, he has led the agency’s premier account, the Southern California Toyota Dealers, to market share dominance.

What can you say after a man has made his mark for 40 years? An excellent start!